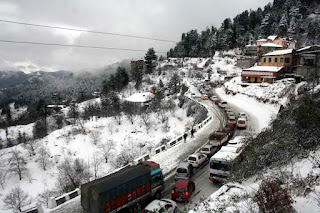 Kufri : once upon a time this famous tourist place to the north east of Shimla was known for its ski slopes. The British introduced skiing in India and Shimla – being the Summer capital, skiing was one of the major adventure sports for the British gentry. Now the ski slopes have been found in Narkanda – 64 km from Shimla but Kufri still remains attractive with its marvellous views of Himalayan peaks and  a Nature Park. In the Park, the leopards hold a major attraction for all. A horse ride upto the Mahasu peak is recommended, from where the view of the Himalayan peaks is much better.

Kufri is one of the beautiful place of Himachal that gives you beautiful time spending with the uttermost beauty of the place. You can easily make a visit of this place from https://www.shimlapacks.in/shimla-honeymoon-tour-packages-vadodara here. The place is generally provide a wonderful time spending that you can plan with your family.

Taste the thrill of himalayas

What is so different about people who live out their dreams